History of the Most Worshipful Prince Hall Grand Lodge

On March 6, 1775, Prince Hall and fourteen of his companions were admitted in an Irish Lodge #441 in Boston. There were fourteen military lodges in and around Boston in that year. Of these Lodges one was English, four were Scottish and the remainders were Irish. Lodge 441 was warranted on 4 July 1765 to meet in the 38th Regiment of Foot (1st Battalion South Staffordshire).

When the Military Lodge left the area of Boston, and after the revolutionary war in 1783, Prince Hall & his Brethren reached out to England and were given the authority to meet as a Lodge, form Processions on Saints John’s Day, and conduct Masonic funerals, but not to confer degrees nor to do other Masonic work. These individuals later applied for and obtained a Warrant from the Grand Lodge of England in 1784 and were formed under the Grand Lodge of England as African Lodge #459. 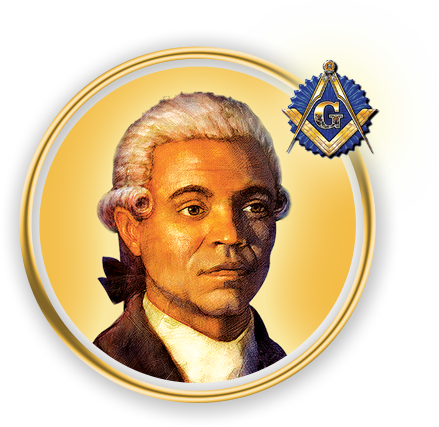 On February 16, 1812 (a significant date to Prince Hall Masons) the African Lodge of Boston, Massachusetts, issued a facsimile of their charter to a number of black Masons to establish a lodge in New York City under the name “African Lodge of New York”, later known as “Boyer Lodge of New York”. The name of the Lodge was later chosen in honor of Jean Pierre Boyer who black Masons admired and respected for his significant role in Haiti’s war of liberation from France. Thus, the year 1812 marked the beginning of “African American Freemasonry in the State of New York.

On October 2nd, 1818, there appeared a notice in several local newspapers, calling for a meeting of a Lodge of Free and Accepted Masons and also on October 6th, 1818 in the City of New York, a lodge also styled, the “African Lodge”. The notice was signed: Sandy Lattion, Worshipful Master of Boyer Lodge. Interestingly enough, just one day later, on October 7th, 1818, the White Grand Lodge of the State of New York called a special meeting, in what appeared to be an urgent meeting, to convene and investigate this matter. As a consequence, a Committee was appointed to investigate, and report back. This information was thunderous, since approximately ten thousand of the forty thousand Blacks in the State, were still under the yoke of the institutional of enslavement. This “incursion” into, “Their Territory and Fraternity”, was a hard pill to swallow by many whites within our State when hearing of an established and operating Masonic Lodge composed of Free Black Men in New York City. What was forgotten is that prior to 1818, this Lodge was investigated on the 3rd of March, 1812, which was one month after its establishment. Also, after the 1818 hysteria, it was again investigated by the Grand Lodge of New York on March 4th, 1829. This report was submitted by Grand Secretary, James Herring of the Grand Lodge of New York on June 2nd, 1846 in there proceedings, which came from a letter from Charles W. Moore, Grand Secretary of the Grand Lodge of Massachusetts, which he stated that this, “…throws some light upon the condition of the African Lodge in Boston at this time”.

UNITED GRAND LODGE OF THE STATE OF NEW YORK

By 1826, the Prince Hall Lodge in Massachusetts had chartered two other Lodges, Rising Sun No. 3 in Brooklyn and Hiram # 4 in NY City.

In late June of 1847, M.W. John T. Hilton (author of the famed Declaration of Independence of 1827), Grand Master of Prince Hall Masons of Massachusetts, requested a meeting with two other Grand Lodges: The Grand Lodge of Pennsylvania and the irregular Hiram Grand Lodge of the same state. Three representatives from Boyer Lodge were also present: Alexander Elston, William H. Clark and Lewis Hayden. The purpose of the meeting was to settle the disputes between two rival Pennsylvania Grand Lodges and to form a closer union of black Lodges. This meeting gave birth to an over-arching authority known as the National Grand Lodge of North America. The National Grand Lodge indeed was a force to be reckoned with in her prime. Yet, this period marked a division in Black Freemasonry that resulted in turmoil and the split of several Prince Hall Grand Lodges. The representatives of Boyer Lodge had no power to make or enact law for the jurisdiction of New York and therefore nothing proposed was binding unless it was ratified by a convened Grand Lodge Session. Brother Aldrage B. Cooper, a PGM of the Prince Hall Grand Lodge of New Jersey, in his book FOOTPRINTS of Prince Hall Masonry in New Jersey wrote, The Articles of Union that were to bind the adherents of the National Compact compromised or destroyed absolutely the complete sovereignty of the individual Grand Bodies. At any rate, it was proper procedure that before any such alignment could be deemed legal and binding it would be necessary for the Grand Lodges affected so to determine. That fundamental function was not in the hands of their delegates. In 1848, a majority of the members of Boyer Lodge repudiated the signatures of its three representatives (Alexander Elston, William H. Clark and Lewis Hayden) to the proposal that was made at the meeting in 1847. On March of 1848, Boyer Lodge #1 along with Celestial #2, Rising Sun #3 and Hiram #4 came together and organized under the name United Grand Lodge, F. and A.M, of the State of New York. The officers of the United Grand Lodge were James Barnett, Grand Master; Jacob R. Gibbs, Deputy Grand Master; Alexander Elston, Senior Grand Warden; Arnold Ricks, Junior Grand Warden; Charles A. Horton, Grand Treasurer; and Ransom F. Wake, Grand Secretary. This caused a serious division within Boyer Lodge #1, Celestial #2, Rising Sun #3 and Hiram #4; by 1850 the minority members who were the dissenters of the United Grand Lodge of New York, broke away and organized themselves under the name “Union Grand Lodge of New York” (National Compact). Note: Celestial Lodge of New York was originally in union while under the Hiram Grand Lodge of Pennsylvania, and later in 1848 became part of United Grand Lodge of New York. This period was to mark a division of the Craft, which resulted in the split of some Grand Lodges in half. The separation lasted until December 27, 1878 when the two New York Grand Bodies re-united into one; the former dissidents acknowledging the concept in Freemasonry of State Rights. At last, Peace and Harmony prevailed among her borders. Prince Hall Masonry in the State of New York since its establishment into a Grand Lodge in 1848, has had the following “Names and Titles,” to wit: 1. United Grand Lodge, F. &. M. of New York (1848) 2. Most Worshipful Grand Lodge of the Most Ancient and Honorable Fraternity of Free and Accepted Masons of the State of New York (1877) 3. Most Worshipful Prince Hall Grand Lodge of the Most Ancient and Honorable Fraternity of Free and Accepted Masons, State of New York (1919)

Prince Hall Masons in New York State played a vital role in contributing to society. Although New York was part of a network in the 19th century to help free Black slaves, it was the last hump to get slaves into Canada. In fact, as recent as 2007, it was reported in the New York Times that “Duffield Street” in downtown Brooklyn was given an alternate name, “Abolitionist Place. This was because what is today Brooklyn subway lines, it is recorded that most of those underground lines was the “HUB” of the Underground Railroad in Brooklyn New York. New York continued to assist in the Underground Railroad movement way after slavery was abolished in 1827. In fact, in the city of Rochester and surrounding areas, the movement of the Underground Railroad was very much in operation including its surrounding areas